Evan: What is MOBA project?
Sanja: MOBA Project is MObile BAlkan Project. The Mobile Balkan Project is an initiative to bring together artists, individuals, academia, organisations, institutions and media from the Balkan countries to contribute towards a joint objective to present and promote the unique traditional ethnic heritage and cultural legacy of the Balkan people. The rich and original art and creativeness formed specific sounds and colours recognisable as traditional Balkan’s, though individually identifiable. Together they would make a blend of cultural extravaganza, spectacular performances, different and original in their character. 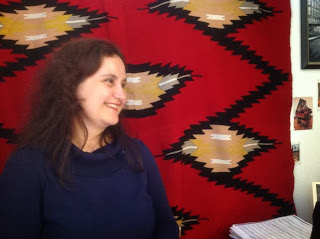 Evan: Why MOBA, and why now?
Sanja: To understand this, we need to take a look at the definition of MOBILE. Mobile by definition characterises and permits movement and progress from one social group to another. It responds quickly to impulses, emotions, mind and it makes easy to change expressions, mood and purpose. So, Mobile Balkan means that shared cultural events between the nations would be moving from one country to another across Europe, our common inherited territory, and to the wider world. In days like these on the Balkan, this fact is more then important. Through the mobility we will make an active cultural exchange that will bring the people together, not to divide them.

Evan: What are its aims?
Sanja: The background concept is that people generally, across Europe and from other countries and regions, do not know much about the specific and ancient historic scenery in which the Balkan people developed, experienced and shared their destinies.
This project aims to bring cultural heritage of the Balkans closer to other people of Europe but also to the Balkan’s cultural identity keepers, in their countries and elsewhere, so that understanding and vision of the Balkan would be promoted, positively changed and full of joint events presenting its distinctive European inheritance. It aims to be a platform for promotion of young people’s talents, established and well known artists, intellectuals and other personalities, whose contribution would be a valuable addition to better understanding of the cultural milieu of the Balkan nations.

Evan: For those that haven't encountered Balkan cultures before, how would you describe or define them?
Sanja: Balkan is a cradle of many different cultures, but they all have the same roots in ancient cultures such as Ancient Greek and Ancient Roman, the two biggest influences in this part of the world. The Roman Empire was the biggest Empire at the time, including different cultures from Orient and Occident, the both are playing the important role in Balkan cultures, especially in the music.

Evan: What are the distinctive features?
Sanja: The music is very rhythmic, improvisational and this is kept in the classical music too, which brings an enormous virtuosity to the music pieces. The poetry is very epic, written decasyllabic, and all about the victories in passed wars. The dance is like the music, very rhythmic which brings the virtuosity in performance.

Evan: Music features heavily -which composers/pieces are you featuring?
Sanja: There are many composers, most of whom need to be better known than they are, including

All the composers are Serbian composers, only Dinicu is Romanian. But his composition "Sky Larc" on the  ethno theme is very popular in Serbia: the famous Serbian piper Bora Dugic became very famous by interpreting this
music piece. And Robert Trollinger was born in Prague, but he left for South Austrian - Hungarian ,after the Empire moved from Prague to Vienna, to find his place under the sky. He became "our Czech" as Serbian used to call him, and he became Serbian composer. The music is vocal, it is a Serbian "Lied", on the poems of great Serbian poets and some great poets from West Europe like Verlaine or Guérin or Végas. It is all about love, because most of these Arias are romantic arias.

Evan: What other arts does the project feature?
Sanja: Beside the music, we will feature photography this time, with the exhibition at Royal Geographical Society in London.

Evan: Who are you working with?
Sanja: With artists such as the tenor Darko Djordjevic, violinist Orpheus Papafilippou, pianist Rimantas Vingras and myself, of course! The photographer is Dragoljub Zamurovic.

Evan: When and where are the events taking place?
Sanja: The  first MOBA concert -BISER- is on October 25th, 2013, at 7.00pm at the University Women´s Club, 2 Audley Squere, W1K 1DB London www.universitywomensclub.com.

The second MOBA concert - BISER- is on December 6th, 2013, the event place will be soon announced. But here, we will have an improvisational moment in the music, because improvisation is the heart of the Balkan music.

Evan: How can people support project?
Sanja: You can come to the concerts and exhibition. It's important to say that MOBA Project is on Kickstarter. Kickstarter is a crowdfunding, where you don´t actually help or support, you back up the project, you get the reward and you are forever the part of the project.
http://www.kickstarter.com/projects/416857384/mobile-balkan-project-moba